skip to main | skip to sidebar

First exposure to reenacting, or, the Battle of the Raccoons 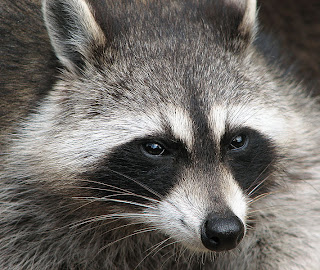 A raccoon with a killer eye, preparing to attack Mrs. Flattery


As mentioned in a previous post, I’m still relatively new to first-person interpretation. My experience so far spans less than a year, although since it was a regular part of my previous job (at some points I was in first-person 3 or 4 times a week) I round it out to a full year. Recently Mrs. Flattery convinced me to participate at some Civil War reenactments, which I had never tried before, and after experiencing two different events I thought I would share my outsider’s opinion on it. I prefer not to bad mouth any of the locations or any of the specific people that were there, so I’ve decided not to say where these reenactments took place. I also apologize for the lack of pictures in this post: for some reason it never dawned on me to take any while we were there.

Mrs. Flattery and I portrayed civilians at both events, which of course got me some good-natured (I hope) jokes from the soldiers at my expense. My story was that the Mrs. would not allow me to enlist this early in the war, as we had just bought a new farm and she couldn’t be left alone to manage it herself (as an aside, after planning things like that out I believe Mrs. Flattery and I actually explained that to a whopping three or four people – ah, first person really starts to make you paranoid about the questions you’ll get). We had our own fairly large wall tent and Mrs. Flattery made historic meals with the help of a friend who joined us at the reenactments.

Not our wall tent, but a similar one (image from http://www.pantherprimitives.com/military.html)

First, I’ll start with the cons that I noticed. If it seems like I focus more on the downsides in this post, it’s because I think criticisms usually require more explaining - overall, both events were very fun experiences for me. Let me also stress that these are my own personal opinions about the downsides to reenacting; in other words, I have lazy moments and there’s a lot of work involved in historical camping. The main con for me was the set up involved. Part of this problem was situational: we were only able to stay one night on the first weekend, which was a lot of set up and tear down in just 24 hours. But even during the second weekend the amount of work involved always had an air of futility about it. I’m the kind of guy who likes to finish a job and have the peace of mind that it is done and over with, so even after we got the tent set up the tearing down stayed on my mind the rest of the weekend. It kind of had that old high school “Sunday isn’t really a day off when you have to go back to school Monday” feel to it.

A few of the people there made the experience a little less fun as well. One man came storming through our area about 5 minutes after we finished setting up the tent and started asking everyone nearby what group they were with. He then announced that we were all in the spot that his unit “always camped in” and stormed off (I don’t know which he was implying: either that he thinks so highly of himself that everyone should have known ahead of time where he planned to set up, or that we all should have packed up and moved 50 feet away for him. Either way he’s an idiot.) On the other extreme, some people obviously just did not care that much, especially about historical accuracy, which kind of makes the event as a whole look slightly worse (apparently both events were known as being slightly farby). Overall though, most people there were pleasant and tolerably dressed and I tried not to let one or two bad apples ruin the experience for me. And to me, that’s the important thing: reenactments are supposed to be informative and fun. The “battles” themselves were largely unimpressive, which may have been the fault of the locations or the type of reenactors there, but the reason this was an issue for me was because any public that had a budding interest in the Civil War or reenacting itself probably left with a stale outlook on that moment in history or the hobby. And I was not alone in my opinion, as I heard a number of spectators make similar comments to each other about how the reenactors didn’t seem to care or even enjoy it all that much. I’ll give them the benefit of the doubt, though, as the location of the “battles” may not have been ideal and the weather on some of the days was pretty rough.

The locations weren’t necessarily bad, however we did run into an incident with raccoons at one of the events which Mrs. Flattery dubbed “the Battle of the Raccoons”. On the second weekend we were camped at a spot next to fairly thick woods, and after getting the tent set up we went to get food (we didn’t cook Friday night since it was hard enough just getting things situated). When we got back, Mrs. Flattery noticed a raccoon was digging around our tent. After I chased it off I discovered that it had pulled my bag out from the side of the tent, somehow figured out how the zipper worked and unzipped it, and began rummaging around. Other reenactors nearby had similar problems. A whole bag of peanuts and saltine crackers were the casualties in this blitzkrieg, and the next two nights we built “Fort Flattery” by piling up boxes and firewood around the perimeter of the tent.

Two last gripes: the drives to and from were difficult and the firewood was crap. But now for the upsides and things that I enjoyed, which in the grand scheme of things outweighed the downsides for me.

As I stated earlier, most of the reenactors were friendly enough and it was a blast being around so many people with similar interests. There were also a wide range of portrayals there, from infantry and artillery to civilians and even “prostitutes”, and it was nice seeing a variety. The camping was pretty fun, and Mrs. Flattery made a mean breakfast and lunch – she hardly took a break the entire time. And I have to admit that even the setting up was fun in a way, especially when you saw the camp site start to take shape. There were a lot of knowledgeable people there, and I was particularly impressed by the talent of two guys who played a fife and drum remarkably well. Lastly, both weekends had relaxed atmospheres which was a big relief for me considering this was my first exposure. Some might have complained that they were too relaxed, but for me it was acceptable.

Anyway, there were a number of minor downsides, but overall it was a fun and enjoyable experience. The downsides (with emphasis on the cost involved) were enough to prevent me from reenacting every weekend, but I plan to attend more in the future and maybe even try my hand at “fighting” (that is, if the Mrs. lets me). 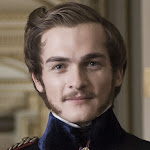 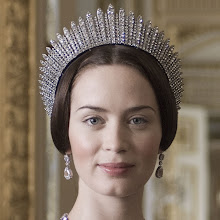